This article describes the parallel development of 'modem' police practices, crime news, and crime fiction. It argues that investigative techniques introduced during the first three decades of the 20th century, including fingerprint identification, crime scene photography, criminal records, and statistics, were methods for understanding and representing crime that resulted in a novel way to tell history rather than in the 'scientification' of police work. That is, when combined with the emerging narrative forms found in local newspapers and popular crime fiction of the same period, the new police practices produced what might be called 'real-crime' drama, in a form which commonly appears in the press and on television today. 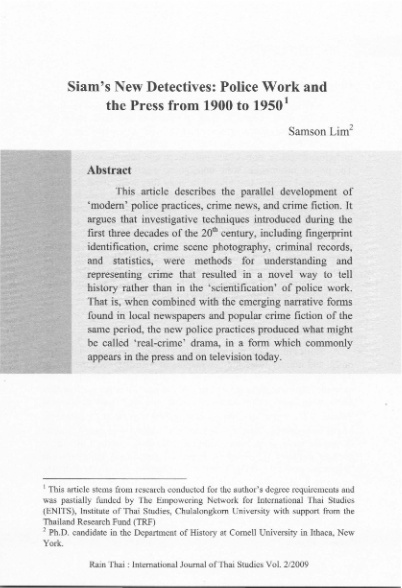