Thai culture has blended with many other cultures since historical times. Cultural transfer has occurred whenever there have been interactions between the Thai and other groups of people. Japan has had a long relationship with Thailand – approximately 600 years. However, Japan’s cultural influence seriously began only during the time of King Rama V. As Japan has become even more successful, its influence could be seen clearer. This influence can be seen at the Thai consumer level. Japanese culture products, such as food and fashion, have been very popular among Thai consumers. This popularity has been extended to other products that sell Japaneseness, such as electronic devices and home appliances.

Another level of Japanese cultural influence that can be seen is in the form of the institutionalization of knowledge regarding Japan and the Japanese. This has been accomplished through Japanese cultural diplomacy. Nowadays, Thai and Japanese have a deeper understanding towards each other, which has become a strong basis for the relationship between Thailand and Japan. 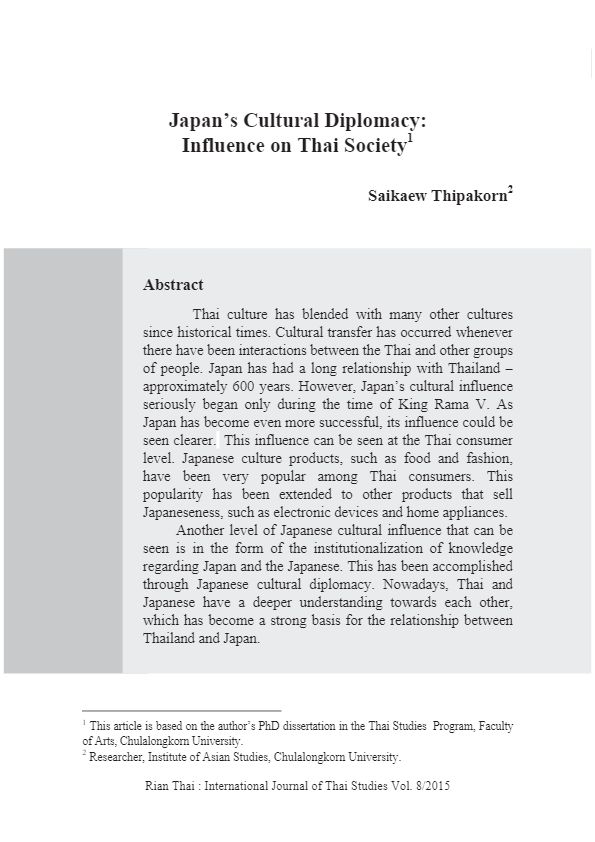