Even though several Tai ethnic groups have used chickens in divination, there have been only a few Tai groups that have inherited chicken divination from the Mao Kingdom: the Tai (Shan), the Ahom and the Dehong Dai, whose myths of origin and chronicles depict the roles of the augury chicken. This paper aims to study the story of the first augury chicken collected from Tai myths and to offer new perspectives on their interpretation. The deciphering of the mythic code reveals the importance of the first augury chicken as a symbol of power and wisdom leading to the finding of the ancient Tai scripts. 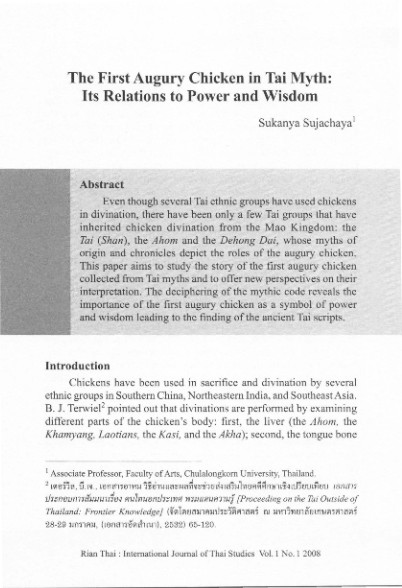