The Lanna region refers to an ancient kingdom of northern Thailand. Today, this region is comprised of Phrae, Lamphun, Phayao, Mae Hong Son, Chang Mai, Chang Rai, Lamphang, and Nan provinces. The body of the research shows that various types of food play very significant roles in the Lanna musician's ritual known as the Wai Kru ceremony. This article addresses the question of how food interacts with a people's belief system as manifested in the Lanna Wai Kru ceremonies. What follows is a brief description of the types of Wai Krus, after which is a discussion of the main foods that comprises the offerings. Additionally, a comparison with the role these foods play in other countries is presented. 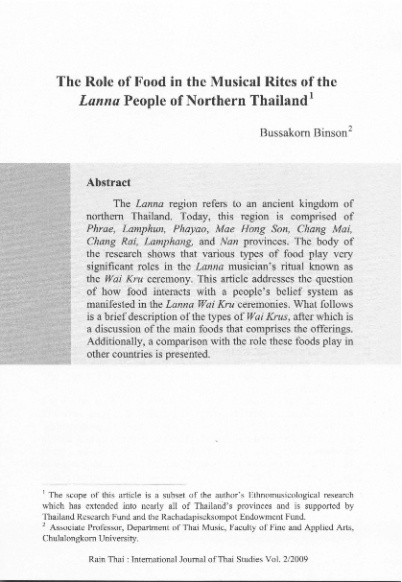