The purpose of this study was to test the argument that "face" is a fundamental cause of interpersonal conflict and explore the similarities and differences of conflict resolution between Thai and Japanese MNCs participants. Additionally, the correlation between face concerns and conflict management styles of the two cultures was examined. The research explored the Face-Negotiation theory (FN) version 2 to test that "face" is an underlying assumption and/or an explanatory mechanism for conflicts in the organization. The adapted version of Rahim Organization Conflict Inventory-IT (ROCI-II) was employed to test the differences and similarities of conflict management styles. 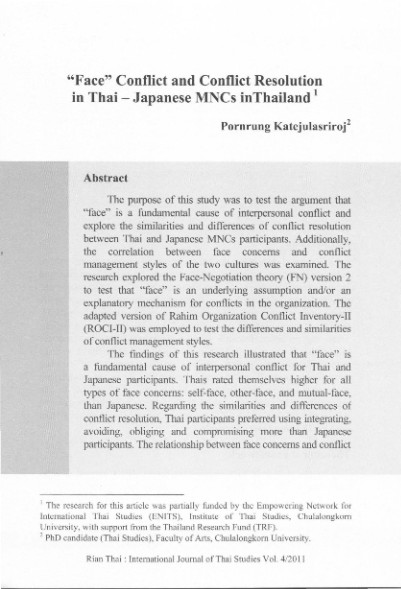