From 1883, Siamese officials who believed that knowledge of the English language would played a vital role in the functioning of a modern bureaucracy began to establish government English schools as part of a wider set of reforms to the Siamese state. However, at the same time, the state also tried to maintain the social status quo by restricting access to such schools to descendants of the ruling class. One vital example was the Suankularb English School, where commoners and those of Chinese origin were often prevented from attending, either because they could not afford the prohibitive fee or they failed to commit to a future career in the bureaucracy. Nevertheless, demands of the new bureaucratic system, which required greater numbers of people with experience and expertise, meant such restrictions were increasingly impractical. From the mid-1890s, therefore, Suankularb English School gradually relaxed its restriction on entrance. As more royal schools were founded that had the same mission and function, particularly Rajavidyalaya (King’s College), the exclusive nature of the school was reduced. Furthermore, educational reforms that saw the inclusion of the English language as a subject in the curriculum at the secondary level, resulted in a more expansive provision of English language education, meaning that it was no longer restricted to a few royal schools. 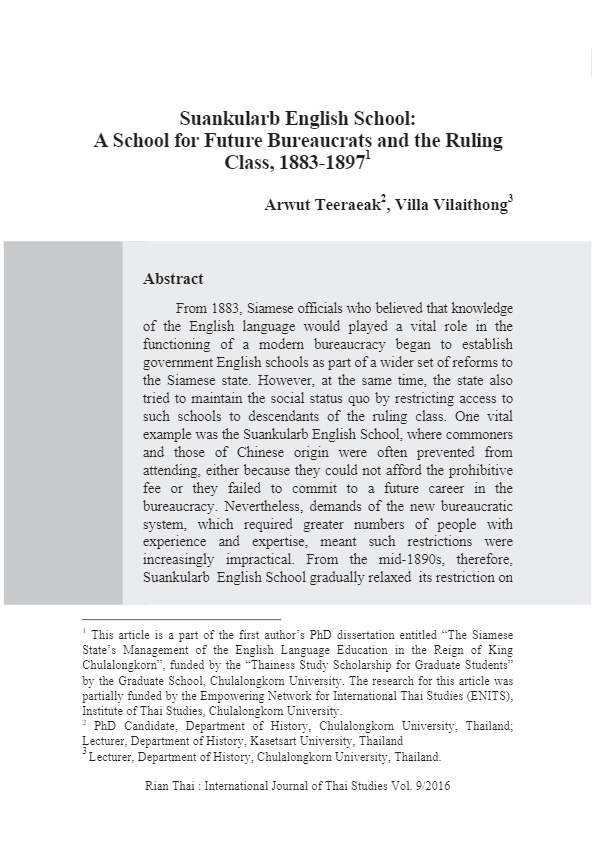