Suraphon Sombatjaroen (1930-1968), still known as ‘the king of Thai country song’, has become a legendary figure in Thailand, dominating all discussion of early lukthung. Thailand’s popular media (television, film and newspapers) regularly present the romantic image of Suraphon as an individual artistic genius killed in his prime. However, his recording and business history has received little scholarly attention. This article describes Suraphon’s use of the 78 rpm record format and his exploitation of the emerging lukthung audience in order to contribute to a fuller understanding of the Thai popular music industry during the 1950s and 1960s. Through the skilful manipulation and management of audience tastes, band personnel and content provision, Suraphon became the first Thai artist to bring song writing, performance, recording process, management and promotion completely under his own control. 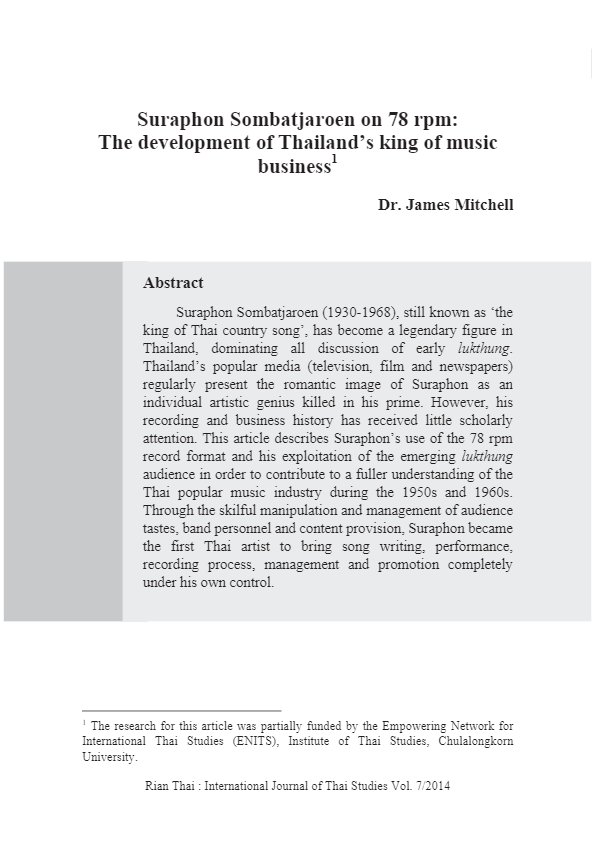