In the aftermath of the Second World War, the introduction of silent 16mm celluloid stock gave rise to a very popular form of cinematic culture in Thailand. This local film production developed in close relation with its largely rural audience and ended at the beginning of the 1970s, when the practice of shooting films in 35mm Cinemascope regained momentum. This research focuses on a non-inventoried archival collection of Thai 16mm movies and retraces their historical context of emergence. The research explores how these low-budget melodramatic fictions, initially interpreted by professional dubbers in live performances, can be characterised as attractions incorporated in the paradigm of an oral theatrical experience derived from older practices of folk drama. The main question addressed is to what extent the wide circulation of 16mm movies might have provided a margin for the popular Thai cinema of that time to become a significant horizon of cultural expression, at the confluence of former local narrative traditions and Cold War modernity. 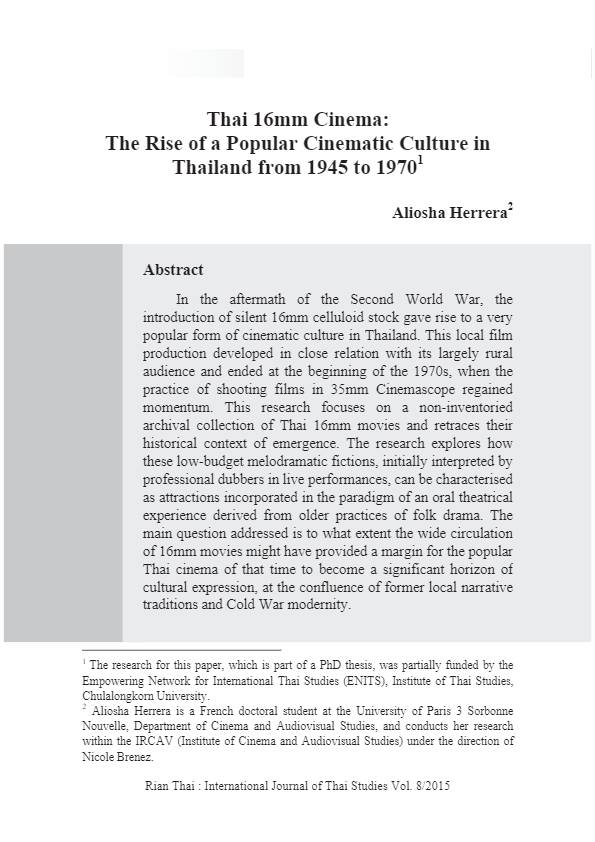