This article examines inter-gender relations of status and power among Chinese-Thais and how traditional Chinese definitions and customs are being renegotiated in modern Thailand. The research materials are prominent Thai novels. The focus is on relations between male and female siblings. The phenomena are young daughters who confront and/or dethrone elder brothers. This is an extreme case which subverts the tradition of preference for male over female offspring and the priority of the elder over the younger.

In the novels, young daughters achieve the ultimate power in the family, but, on top of that, the elder sons are humiliated and exposed as useless and lacking in any dignity or values. Furthermore, the elder brothers are also humiliated as males and are turned into impotent or are completely dominated and enslaved by aggressive wives.

Theoretically, this can be an overlap between Adlerian psychoanalytic concepts of sibling rivalry order of birth, and Freudian psychoanalytic concepts of castration as part of the Oedipal complex. Here, the desire to castrate is inter-gender rather than intra-gender, and it derives its motives from a rivalry of siblings, subverting not only traditional male superiority, but also superiority derived from place in the order of birth. 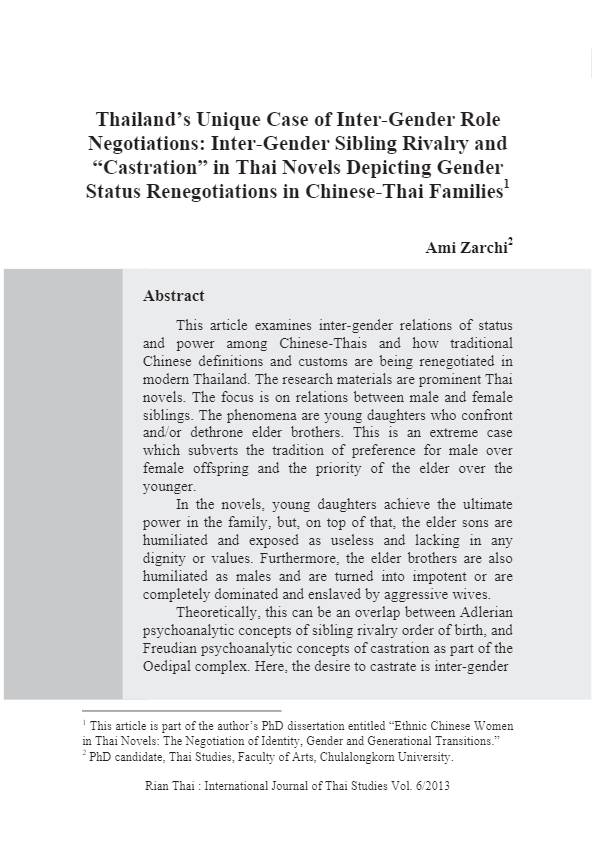