During the current period of time, there are many tea shops that have recently opened and some old tea shops have been developed to meet the global change. Moreover, there are Chinese restaurants at five-star hotel that have been opened and developed by adding various kinds of Chinese tea to their menu to catch up with the re-flourish of Chinese cultural from the end of twentieth century until the present time. 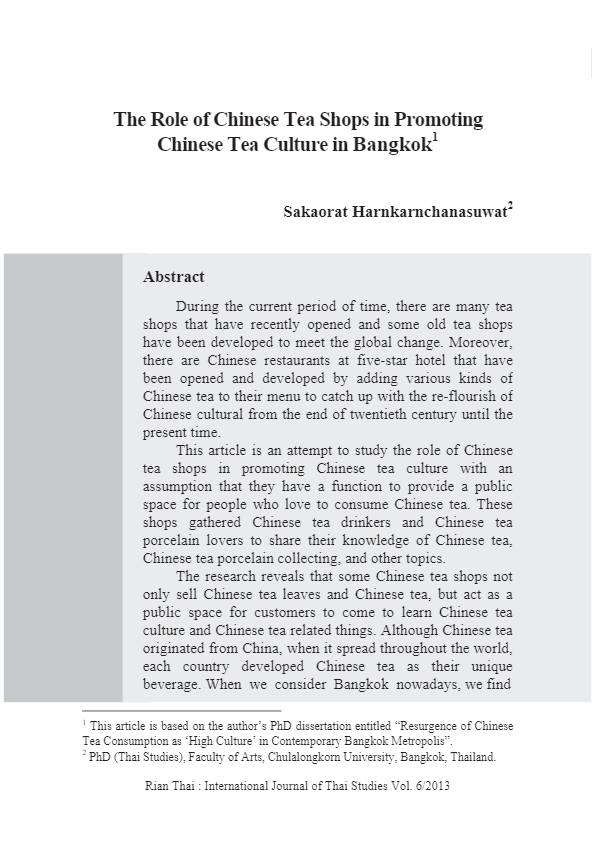