This article argues that tourism has contributed greatly to the better relationship between Thailand and Vietnam, especially people-to-people relations. The findings show that the history of the long-standing relationship between Vietnam and Thailand has witnessed many ups and downs. In some periods, the relationship was very complicated and was governed by prejudices and suspicions. However, since the diplomatic relationship between the two countries was officially established on August 6, 1976, the Thai-Vietnamese relationship has improved significantly. A better understanding between the people of the two nations has contributed to better diplomatic relations. This is partly due to the development of Thai tourism in the Vietnam market. Thai tourism helps build a strong and beautiful image for the country. The study also reveals the contribution of Thai tourism to the development of the Thai-Vietnamese relationship and its role in changing attitudes and understandings of Vietnamese tourists toward Thailand. 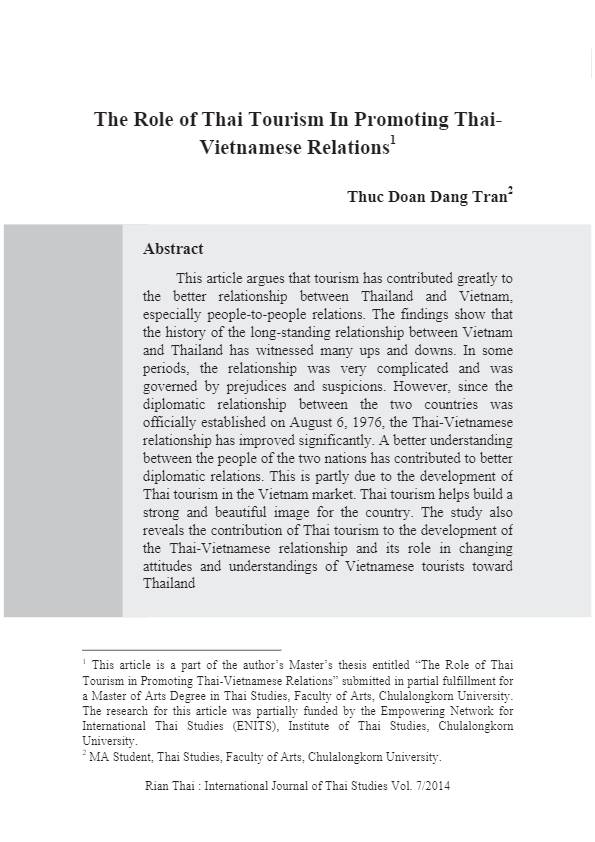