This article examines the historical narratives about the Zhuang ethnic minority, a Tai-speaking people in Guangxi, China from the Imperial state until the modern nation-state, and demonstrates that the narratives about the ethnic populace in the south borderland space have changed according to the transformed relations between the state center and those defined as ‘ethnic’ minorities. This article illustrates the individual agency of Zhuang Studies scholars and how they have negotiated, interpreted and presented what it means to be ‘Zhuang’. The increased research collaboration with international scholars has created a body of interdisciplinary literature focused on the place of “Tai origin” which has contributed to the formation of an alternative narrative as the old siblings of Tai-speaking peoples in Southeast Asia. 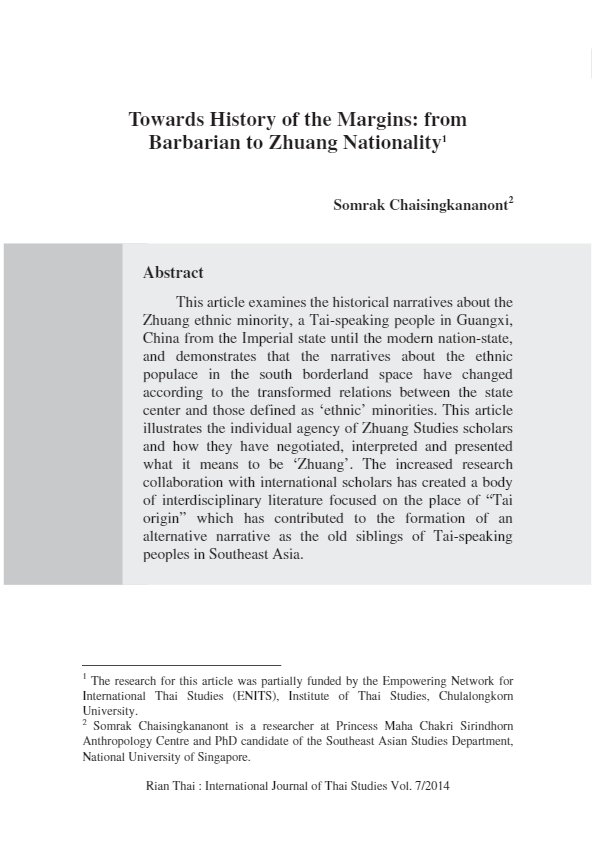