By the revolutionary year of 1932, elite Siamese women were represented in the political domain of the post-absolutist regime. They became more involved in the public sphere, participated in politics, and eventually served as agents of nationalism in the continuous era of state-building. In order to understand the pivotal role of elite women in the politics of the post-absolutist regime, this study uses the voices of the wives of politicians – La-iad Phibunsongkhram and Phunsuk Banomyong – to analyse the enhanced state’s recognition of women in the nation-building process and the promotion of greater political participation of women beyond the aristocratic class barrier. 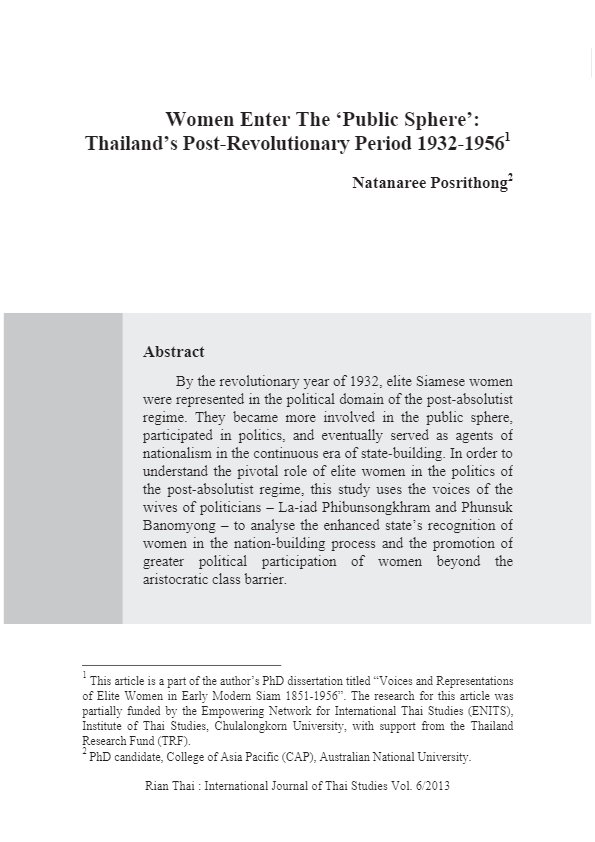