Author and public intellectual Sulak Sivaraksa has, among other things, been a leader in the domain of socially engaged Buddhism. Sulak’s re-thinking of Buddhism is a continuation and expansion of the work that earlier Buddhist modernists and other Buddhist intellectuals, such as Buddhadāsa Bhikkhu and Bhikkhu P.A. Payutto, began decades ago. These three share the common goal of interpreting the teachings of Buddhism so as to be relevant to the contemporary period and capable of dealing with critical issues facing the world. Drawing from texts and interviews, this article examines Buddhadāsa Bhikkhu and Bhikkhu P.A. Payutto’s writings on Buddhism and social change and the impact they have had on Sulak’s thought. 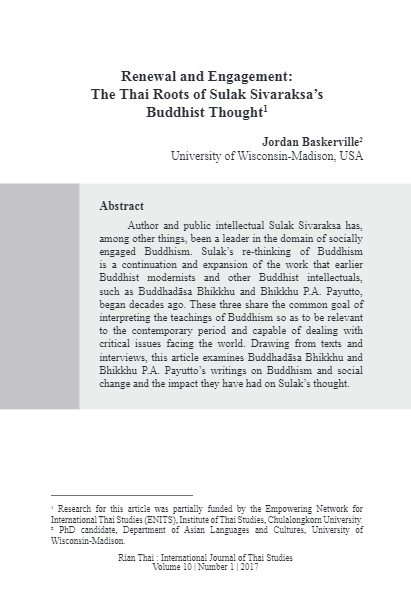