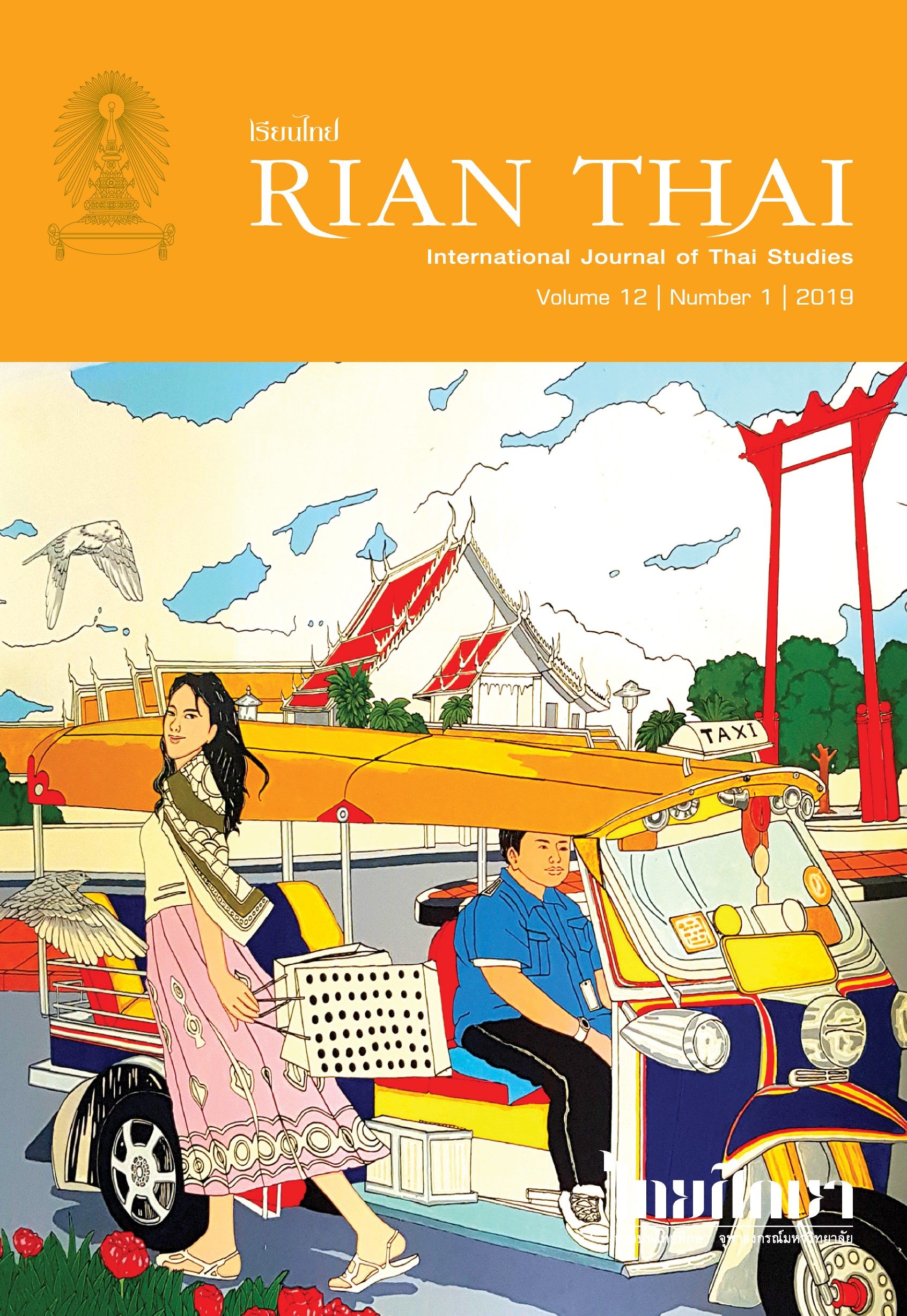 6) The Political Craftiness in the Demolition of the Patani Kingdom between 1584 and 1711 in Southern Thailand: A Study of Hikayat Patani / Lutfiyah Alindah

Community has long been considered an important form of social organization in many parts of the world. At the level of governance, communities, loosely defined, are often the targets of “outreach,” “engagement,” or policies aimed at “development.” On an individual level, people forge identities according to places or characteristics around which they feel a “sense of community.” But what happens when “community” is not just as a sense or a looselybounded social construct, but a formal legal entity? This research investigates a slum upgrading policy that operates by forming just such entities. The Baan Mankong [“Secure Housing”] program provides urban residents facing eviction with access to home loans and legal land tenure, but only as communities. To take part in the program, residents must be part of an official chumchon (“community”). Residents are often aided in forming these chumchon by two very different organizations: (1) the government-sponsored agency that administers the policy, and (2) an activist network made up of other chumchon, which facilitates the arduous process of organizing households to go through the many stages of Baan Mankong upgrading. Once formed, the chumchon is the unit through which households negotiate with landowners, take out loans for physical upgrading, and gain rights to occupy land collectively. Through Baan Mankong, thousands of households have become bound to chumchon financially, spatially, and politically. My proposed dissertation project looks into the origins and effects of these chumchon in terms of the deologies and discourses that underlie them and the individuals that comprise them.

This article is concerned with statue-worship and its social meanings and functions in Thailand, interpreted from a historical and anthropological perspective as opposed to a Buddhist Studies one. The article identifies “imaging” as the strategic design, installation and dispensatory deployment of statues or images for social and political ends, and gives a brief historical account of this practice in the Southeast Asian context. The article also suggests the categories of “Apollonian” and “Dionysian” for the purpose of interpreting the aesthetics, meanings, values and social functions of Southeast Asian religiosity, as opposed to the usual denominational religious distinctions that this article argues have had an obscuring effect. A case study of a contemporary local spirit cult in northern Thailand is then given, in which these concepts and phenomena are exemplified and analyzed.

According to the chronicles of Nakhon Si Thammarat, stormy seas and Buddhist fate auspiciously marooned the bearers of the Buddha’s left eyetooth on the shores of Siam. Eventually, the relic would become the treasure of Wat Phra Mahathat Woramahawihan (hereafter: Wat Phra That), a Buddhist monastery beloved by locals of the bustling city in Thailand’s upper south, and renown throughout the country and beyond. This article argues that the Buddha relic functions as a nexus, infusing nearby objects and people with its potency, to create a material nodal network. Importantly, while the relic is enclosed in the principal chedi, and is the figurative and literal center of the monastery, the relic is but one component in a complex space and does not necessarily function as the focal point of devotion. Therefore, we must also look to supplemental, material nodes of this potency and potentiality. To do so, we move outward from the relic in all directions – to the diverse structures, statues of local historical and legendary figures, and countless objects and images – which make Wat Phra That an ideal site for the study of how material culture shapes and is shaped by the practices of its visitors.

It is further argued that as the nexus and nodes mutually reinforce each other, an expansive network is created, sustained and then utilized; not all components of this network contribute equally, but they all actively participate in and reinforce the nodal complex. While the relic has innate power because it was at one point physically connected to the Buddha, people who practice dhamma within the space sustain the network itself. Based on ethnographic findings, how practitioners variously conceive of this Buddhist power is explored – manifest through the nodal material complex – as multifaceted (e.g., understood through the dynamic concepts of amnat, itiphon nai chai, saksit and sirimongkhon) and accessible for personal use.

For example, one’s proximity to the relic or a node, and the more effortful a relationship one has with a material object, the greater the potential for them to reap personal benefits. As such, devotees may form long-lasting, personal relationships with various images and enter into what can be called pacts (kho bon kae bon). Thus, through exploring lived practices that are situated within the nodal network of materiality, we can see how contemporary practitioners conceive of and utilize this monastic space.

The Political Craftiness in the Demolition of the Patani Kingdom between 1584 and 1711 in Southern Thailand: A Study of Hikayat Patani

The spread and development of Islam in the archipelago cannot be separated from the merchants and navigators and also ulama. The arrival of the traders and ulama not only brought the Islam religion, but also Islamic literature, such as Hikayat Patani, one of the classic pieces of Malay literature influenced by Islamic thought relating the prosperity of the Patani Kingdom (presently in southern Thailand) for the period between c.1584 and 1711. Pattani’s golden age was during the reign of its four successive queens from 1584 where the kingdom’s economic and military strength was greatly increased. However, by the middle of the 17th century, the Patani kingdom fell into gradual decline because of political intrigues and craftiness.